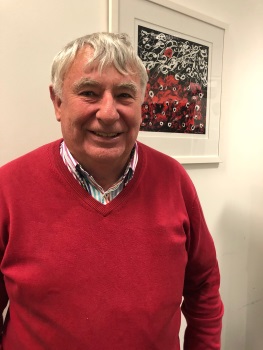 Peter had a trauma accident in May 2019. He was trapped under a forklift for 1.5 hours before being taken to the Royal Adelaide Hospital by helicopter. Peter lost his right leg and became a below knee amputee.

Peter feels that The LSA have given him the confidence and support to take him through this life changing experience. An important part of the recovery process for Peter was setting goals.

“My goal was to continue with a trip I had planned to Arnhem Land in The Northern Territory to go to an Aboriginal Community. This proposed trip was planned to leave three months after my accident.”

“I was back walking and able to drive 7000 kilometres to the community in the three months and a few days’ after my accident. I was so appreciative of the LSA helping me to achieve this goal.”

Peter is a retired entrepreneur and company director. During his career, he developed and patented several commercial products which Peter then marketed and sold in Australia and internationally.

Given Peter’s business acumen he felt that joining the PRG was an opportunity to give back to the community. ‘

“We are so fortunate in South Australia to have such an incredible Lifetime Support Scheme.”

Back to the PRG Page